Yesterday was my first CrossFit competition. Yes, I said first, I do intend to compete more. Even though I came in last place (someone had to, I suppose),  I learned so much from this event. It does’t matter to me what place I came in, I did better than I have done in any of the practice sessions we had which is all that I could ask for. When I first signed up, I didn’t want to be that person that was in last, but as workouts got released, I saw how difficult all of it would be for me. I considered dropping out and found myself wishing I had just signed up as a beginner female, but I pushed through the self doubt. I’m proud of myself and all the others who competed who really pushed themselves.

(On a side note: I got correctly gendered all day. It’s the most I’ve heard people say man, bro, or dude to me in one day. It was something I wasn’t even thinking about or expected, so it was really nice.)

A picture of our team and supporters after most of us had finished competing.

Note: This is a really long post and probably not terribly exciting to anyone except myself. =) Reader beware. If you want to see the conclusion, skip to the end.

I woke up the yesterday morning feeling pretty tired. I didn’t sleep well the night before, lots of tossing and turning. I packed my bag the previous night, so all I had to do was make myself some breakfast, take the pup out for a walk, and then I was out the door. I showed up and met up with my gym at their tent. It was a chilly morning for San Diego, but everyone was pretty cheerful and excited to be there. I got my score sheet. They hadn’t released the first workout, but there it was in my hands. It was a workout with a 5 minute time cap consisting of Shoulder to Overhead and Situps for 21, 15, and 9 reps, alternating between the two exercises (21 S2OH, 21 situps, 15 S2OH, etc.). The weight for the shoulder to overhead was pretty heavy for me (about 80% of my max). They lined us up to move to the workout floor. I was in the second heat, so we stood there watching the guys fly through the workout. Most finished in 2-3 minutes. Next, we were up. I stood in front of my bar. There were a ton of people from my gym cheering us on (and others from other gyms). There were probably over 200 people there, but once the time started, I only noticed the one of the coaches from my gym standing in front of me and the person keeping my score. I picked up the bar and cleaned it to my shoulders. I pushed it above my head a few times. The rest of the 21 were a real struggle for me. I had to drop my bar a few times and shake out my arms. It took me maybe 3 minute to get through the first set. I had to earn each one. I flew through the situps and then went back to my bar. I picked it up. I got one rep. The next, I just couldn’t push enough to get my arms completely straight. I managed to get 3 more before time was called. After that, all my competition jitters pretty much passed. I knew that the best I could do was to outperform my previous performances and not worry about anyone else. I managed to push out 25 reps at 80% max when we typically only do 2-3 reps at that high of a percentage of our maxes. I left pretty disappointed, but everyone congratulated me for my performance. I went back to the tent to grab some food, and then watched others from our gym compete.

I knew the next workout was going to be the toughest part of the competition for me. It was a front squat ladder starting at 95#, increasing by 10# increments, and ending at 185#. I knew the front squats weren’t going to be too bad for me. I had been working on getting the full range of motion in my squats since I started, and my max from about a week ago was 138. However, getting the bar up to position from the ground would be tough. In practice, I had only been able to get a 95# clean and 100# was just too much. I went in, I cleaned 95# easily and busted out the two front squats with no problem. Next was 105#. I went up, attempted the clean 3 times. Each time I got slightly closer, but just was not able to get the bar to my shoulders, so I was out. My last attempt, I actually had pulled the bar all the way up to my shoulders, but wasn’t able to get my elbows rotated in position fast enough. After that, I knew I wanted to do more weightlifting in the gym. It was slightly disappointing, but I wasn’t expecting to do this event very well. I watched the rest of the guys breeze through this event. Of course, some had a distinct advantage being at least twice my size. Everyone from our gym did so well, it was great to see.

During this event, it had gotten colder outside and started to rain. One of the few times it rains here, it had to be this day. It was a bit of a struggle to stay warm. Despite this, everyone was still in good spirits. There was lots of smiles and laughter as we waited for the final heats to be announced.

The last workout was up, and I was in the first group to go. We practiced this workout two weeks ago in the gym. I wasn’t able to complete it in the time allotted in practice. I went in just hoping that I would be able to do better than I did in practice. This was a workout referred to as a “chipper” because there are so many movements and reps of each that you basically have to chip away at it to get through it.

The weights used for this weren’t terribly high, except for the deadlift which was 75% of my max, and there were 20 of them. This part slowed me down in practice. I had to break it up into very small chunks, 3-5 at a time. I knew this workout would be hard, but it was the one I felt the best about, despite not finishing it in practice. I think I made it to about 3 pullups.

As we began, I made it through the single unders nearly unbroken. My rope hit someone else’s rope once which kind of tripped me up. Next was onto the deadlifts. I pushed out 10 unbroken. I don’t even know how. Then, I broke up the last 10 into 2 sets of 5. I don’t even know how I made it through the rest. I just kept going one rep after another. Only taking a second or two of rest every once in a while to catch my breath. In the blur, I finished the workout in 11:31. That was way better than I did in practice. I was pretty exciting even though I was the last one to finish.

Overall, I am so glad that I competed even though there were times when I just wanted to quit. I didn’t want to go out there and be the weakest guy. I didn’t want to embarrass myself, but every day I went to the gym to workout, I got nothing but encouragement from my coaches and other people in the gym. At the end of the day, I learned a lot about my strengths and weaknesses, and I’m looking forward to seeing what I can accomplish as my training continues. I think I did the best that I could given that I’ve only been on T now for 7.5 months and have only been training for 3.5 months. I’ve already made so much progress in such a short amount of time. When I started doing CrossFit, all I cared about was getting a more masculine build, but now all I can think about is performing better (though, a side effect of that is that I look better too). Another side effect is becoming part of a community. I feel like this is where I belong, and I can’t say that I’ve felt that way in a long time. I can’t wait to see what the future brings.

(Another side note: I wasn’t out to my gym except for the one coach/owner, but now I’m at least out to the people who competed and showed up in support. No one questioned why I was competing with the males or anything, so it was nice.)

Now, it’s time for me to study for my finals this week and write a review paper. 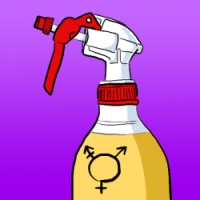 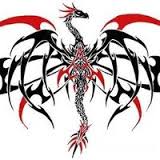 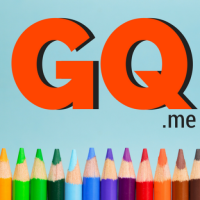